https://www.google.com/search?q=eugene+smith+photos&hl=en&client=firefox-a&hs=OAC&tbo=u&rls=org.mozilla:en-US:official&tbm=isch&source=univ&sa=X&ei=1XGqUIiJLKjB0AHbsICICw&ved=0CC8QsAQ&biw=1280&bih=853
Posted by Howie Good at 12:54 PM No comments:

What is the moral of "Ruth Herrick's Assignment"? In deciding this, consider how the woman journalist is portrayed. What are her defining characteristics? Are they the same as a male journalist's? Is it surprising that a woman  journalist portrayed her fictional alter ego this way? How do you explain that? Does MIGHTIER THAN THE SWORD offer any clues?

Relevant? Irrelevant? Using Mightier Than a Sword (chaps. 6-10) as a reference, please argue for which every position you believe most. Your response is due by 3 p.m., Wed., Nov. 14.
Posted by Howie Good at 11:30 PM 10 comments:

This film recounts the Cold War-era confrontation between CBS newsman Edward R. Murrow and anti-Communist witch-hunter Sen. Joseph McCarthy on a series of historic TV broadcasts. Do the events the film portrays reflect the recurring traits of the news media identified by Rodger Streitmatter in his book, Mightier Than the Sword? (Refer to the last chapter for a summary list of the traits.) Are there analogous events in the history of American journalism, including recent history? Do you believe such events are typical or exceptional for the press (that is, which traits seem to dominate -- courage or cowardice, public service or self-interest)? Explain why.

Your response should take the form of a three-page essay sent to me as a Word or rtf attachment before class on the Monday we return from Thanksgiving.
Posted by Howie Good at 9:17 AM No comments:

http://thispublicaddress.com/tPA2/2002/11/composograph.html
Posted by Howie Good at 7:02 AM No comments:

http://allpoetry.com/poem/8503711-A_Worker_Reads_History-by-Bertolt_Brecht
Posted by Howie Good at 12:42 PM No comments:

What, in reading about the history of American journalism, surprised you the most? A particular incident? A particular personage? A particular development or trend? Briefly explain why (but in more than one hurried sentence). Please post your response by 4 p.m., Sunday, Nov. 11.
Posted by Howie Good at 5:57 AM 11 comments: 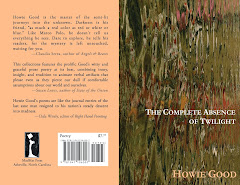 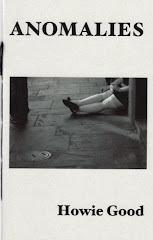